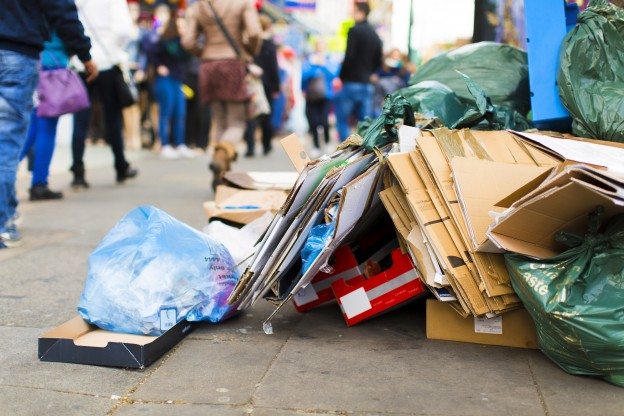 At Clearance Solutions, we pride ourselves on reusing and recycling as many of your unwanted household goods as we can through our environmentally motivated house clearance operations. Better still, we donate anything that is still usable to good causes. Sadly, not every removal company is as willing to take this step to make their service eco-friendly. The UK still produces around 26.5 million tonnes of controlled waste per year, and a study conducted in 2011 suggests that by the end of the decade, we will have run out of landfill sites. In terms of illegally dumped waste, there were 900,000 reported fly-tipping incidents over the last twelve months, which is a disappointing 5% annual increase.

Without giving consideration to the likely destinations of our unwanted items, there’s every chance that the piles of urban landfill will make a return to our city streets on a scale not seen since the seventies. So where might your stuff end up in less eco-conscious hands?

Electronic Goods: Into an urban mine

According to the Atlantic, “up to 80% of all the electronic devices and appliances thrown away around the world” may find their way to remote dumps in other parts of the world. The example they give of an “urban mine” in Ghana called Agbogbloshie paints a devastating picture of an often-unexplored aspect of landfill waste.

A vast landscape of disused scrap metal and electronics, Agbogbloshie directly impacts the health of the 40,000 local residents. The article even notes that, according to Interpol, “one of every three shipping containers inspected leaving Europe for the developing world is packed with illegal electronic waste.”

Plastics: An ocean of bottle-tops

Not all plastics can actually be recycled, and not all local councils collect those that can, even with our consumption of plastic increasing twentyfold in the last fifty years. The lids of many bottles are made of a different form of plastic from the bottles themselves, which can make it difficult to separate at the recycling stage. And since plastic itself doesn’t bio-degrade, disposing of it correctly is extremely important.

A worst case scenario for poor plastic disposal is the “Great Pacific garbage patch,” discovered by Captain Charles Moore in 1999. Thought by some to be the size of Texas, it is comprised of primarily of discarded plastics – from bottle-tops to children’s toys – and has poisoned local wildlife to a terrifying extent. It is estimated that over a million sea creatures and birds are killed each year from being caught in, or eating, plastic.

Furniture: When is a table not a table?

The fate of your unwanted sofas and tables is a little more positive. As local authorities are becoming more understanding of the need to reuse raw materials (particularly metals and woods), they have begun encouraging people to try and re- or up-cycle their unwanted furniture, rather than have it taken away for a fee.

Rubbish: Try to treasure your trash

According to a 2012 news article, 78% of our rubbish goes unrecycled. Although members of the public, and local authorities, are fined for mismanaged waste, there is no guarantee that it will be handled correctly once it is taken away. One report claims that “at least 4 million tons of UK industrial, commercial and household waste is shipped overseas.”

Clearance Solutions guarantee that any of your waste that can’t be reused will be handled and recycled by licensed professionals, with environmental considerations at the forefront of our process.