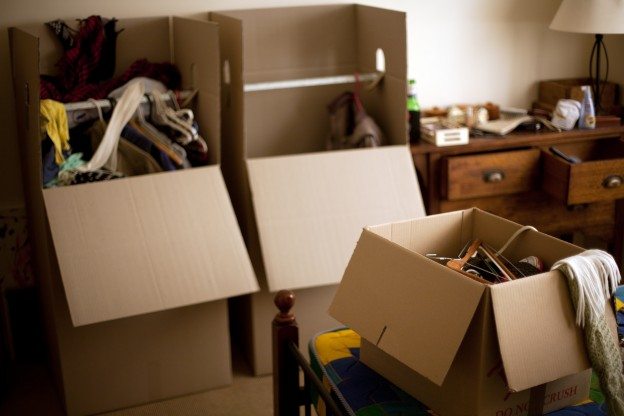 Clearance Solutions understand that a house clearance can turn your world upside-down. Inheriting a property, tackling a hoarding issue or even clearing out a new office building, just thinking about it can be stressful. However, we are committed to making this process as easy for you as possible, taking care of everything from packaging to deep cleaning. Keeping your world in check, but also doing our bit for the world we share. As part of the London Community Resource Network, we are constantly looking for ways to contribute to charities and organisations which protect the environment and those most at need.

Anybody undertaking a clearance project, from teenage bedrooms to the garden shed, should do the same. There are always worthy causes in need of donations.

No matter how tough a clearance task you take on, the environment should never be far from your mind. A seemingly organised room can generate unprecedented amounts of stuff, which is then quickly bundled into black bin bags and thrown straight out the front door. Needless to say, this is far from ideal. Bottles, waste paper and all manner of plastic paraphernalia are some of the more recognisable recyclables that lurk under beds and behind sofas. If items can be recycled then sending them off to landfills to sit and not rot is a pretty lousy option.

Recycling gives raw materials an opportunity to once again go forth into the world’ glass jam jars can be reborn as building bricks and old baked beans tins may become the bell on a bike. Exciting as recycling prospects are, it’s no longer considered the most option environmentally sound option. We can now go one better: reuse.

By reusing we are giving inanimate objects a new lease of life without the fuel guzzling, carbon emitting processes that are required in recycling. Reusing requires less imagination and less energy; use plastic food and drink containers again, keep plastic cutlery and, of course, hold on to plastic bags for dear life.

Reusing goes beyond the contents of bins; items in your house and wardrobe are also likely to end up in recycle skips when they could and should put to use somewhere else. Clearance Solutions salvage as much furniture as possible, in 2013 we saved over 2500 tonnes of CO2 by reusing furniture that would otherwise have been dismantled and recycled.

Your part in the refugees crisis

We are fortunate enough to live in one of world’s most privileged countries, where the vast majority have a good standard of living. There are huge numbers of people across the world that are not so lucky. Donating belongings you no longer want or need to international causes is a small way of providing for these groups and supporting the organisations which care for them.

In 2016, the biggest humanitarian issue we face is the Syrian refugee crisis. Though the scale of the situation is overwhelming, there are still a number of ways you can help.

Organisations such as UNHCR have made several world wide appeals for people to donate everyday items such as winter clothing, blankets, tents etc. To many of us, these are belongings which rarely make it out of the cupboard under the stairs, but to refugees trying to survive without shelter and heat, these supplies could make big difference to their quality of life during this uncertain time.

Closer to home, there are also people who have next to nothing. Britain’s homeless population has continued to grow over the last few years. As local authorities struggle to cope, new donation schemes have sprung up in order to provide some much needed basic provisions. Annual events such as Wrap Up London encourage people to donate their old winter coats, while many other charities ask for clothing, shoes and sleeping bags for the homeless throughout the year.

This winter there was also a movement which cut out any middleman organisations. All over the world coats were tied to lampposts for people sleeping on the streets to collect, with others handing out coats directly to those in need.

After you’ve cleared your house of extra coats and bedding, bottles and cans, you’re left with the heftier half of clearance: furniture. As we mentioned early, it’s not at all uncommon for chairs and tables to get thrown in skips and dumps because home-owners don’t know what else to do with them.

In South Easterly parts of the UK, we’ve been unaffected by the terrible floods that have devastated areas in the North and South-West. Cumbria, for example, suffered severe flooding over christmas and into the New Year, completely gutting family homes and leaving them with empty, damaged houses.

Donating basic furnishings like a kitchen table could help flood victims find their feet and get on with their everyday lives while they recover.

To personalise content, tailor and measure ads and provide a safer experience, we use cookies. By tapping on the site, you agree to our use of cookies on and off Clearance Solutions Ltd. Learn more, including about controls: